Can you name this curious object that grew in the mouth of an ancient type of elephant?

Last week’s semiprecious stone curiosity was a piece of lapis lazuli. Lapis Lazuli has been used in jewellery since ancient times. It was also valuable as a pigment used by artists for the blue colour in paintings.

This week, can you identify this strange curiosity? It grew in the mouth of an ancient type of elephant. 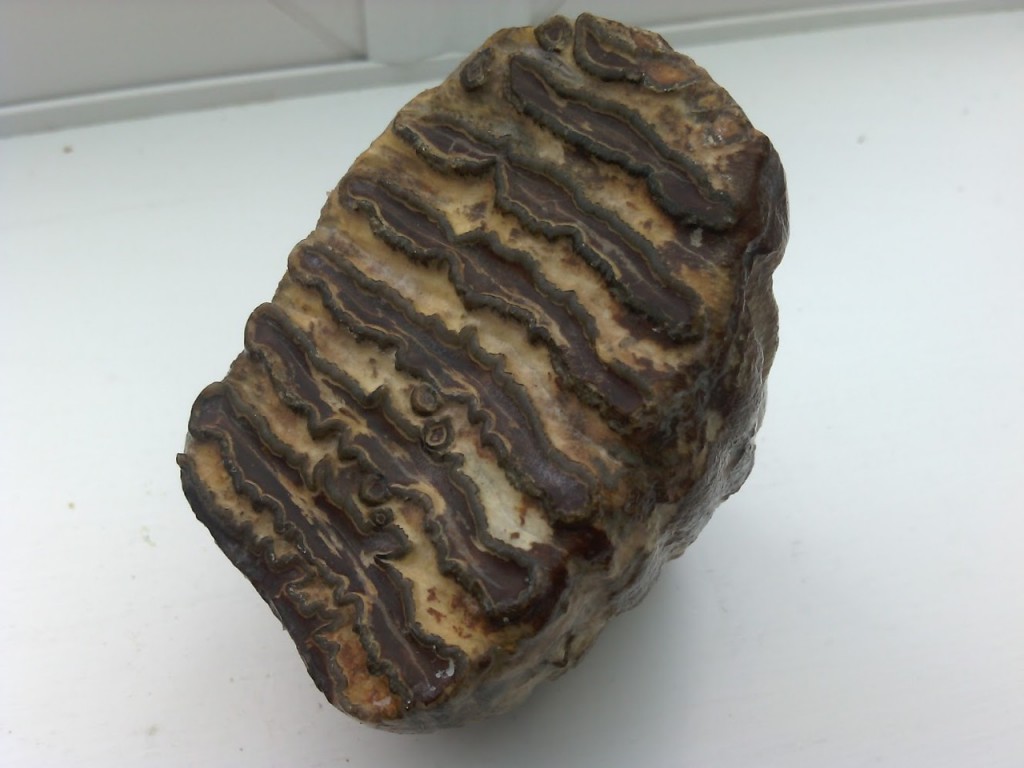 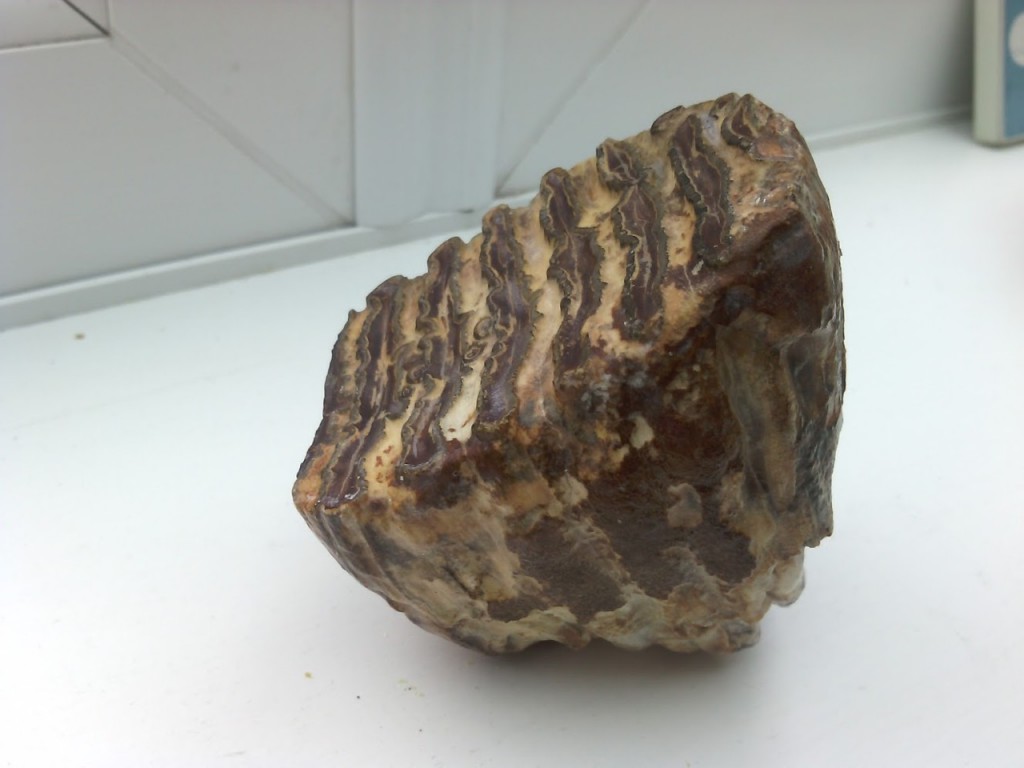 Can you identify this semi-precious stone?

The metallic curiosity last week was copper. Copper is an element with many uses. It’s both a good conductor of electricity and is easy to bend and shape so it’s a great material to use in electric wires and phone lines.

This week, can you identify this semi-precious stone? 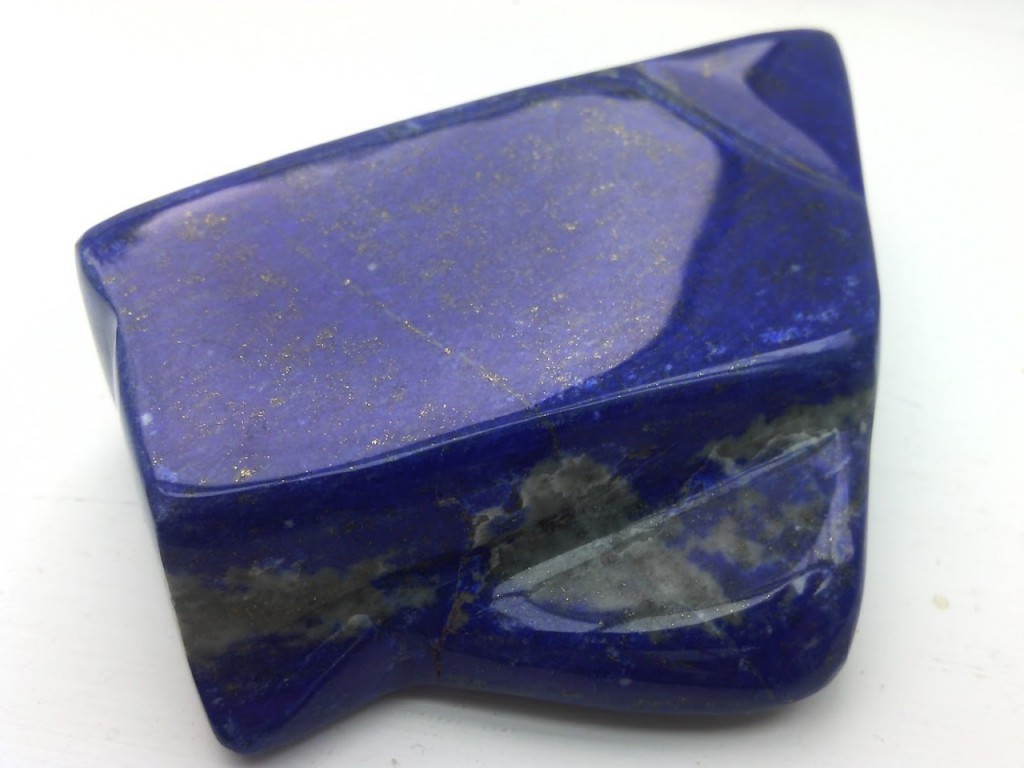 Can you identify this metal?

This week, Can you identify the metal on the left? It has formed naturally in the rocks. There are a few metals that do this and they are called native metals but which one is this? Usually metals join with other elements to form a variety of minerals. A mineral of this metal is on the right. Here the metal is joined with carbon, oxygen and hydrogen to make a mineral called malachite. 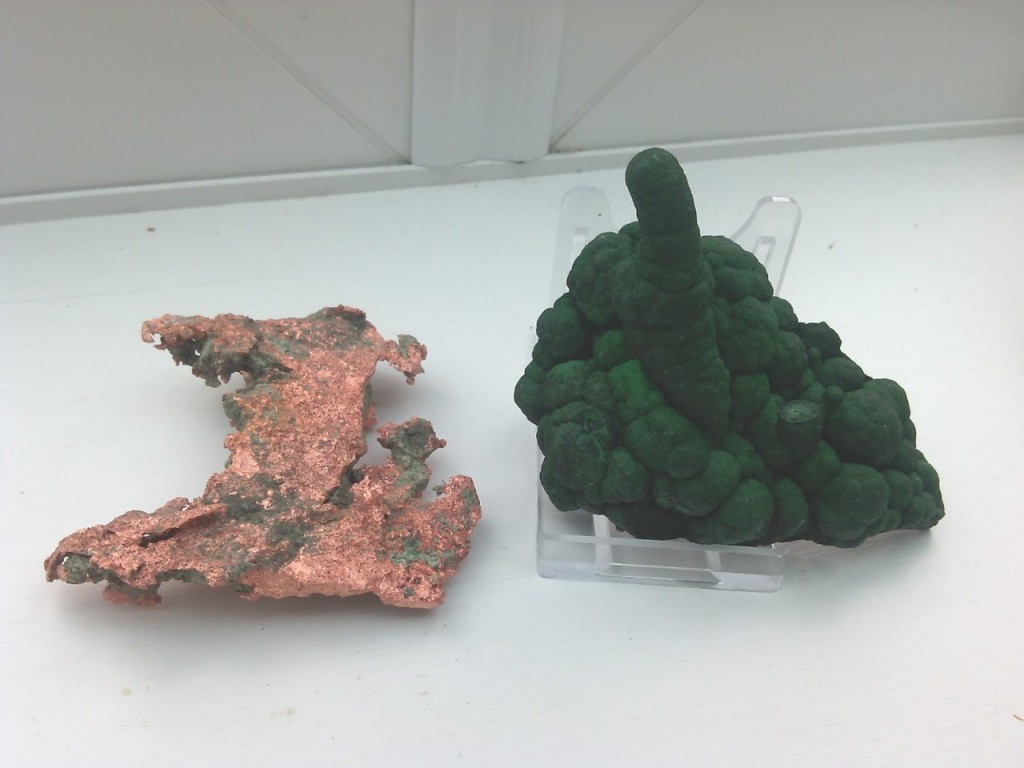 Can you identify this strange substance?

Last week’s scientific curiosity was a Victorian three draw pocket telescope made in about 1860.

This week, can you identify this curious substance? It’s found around the tops of active volcanoes! 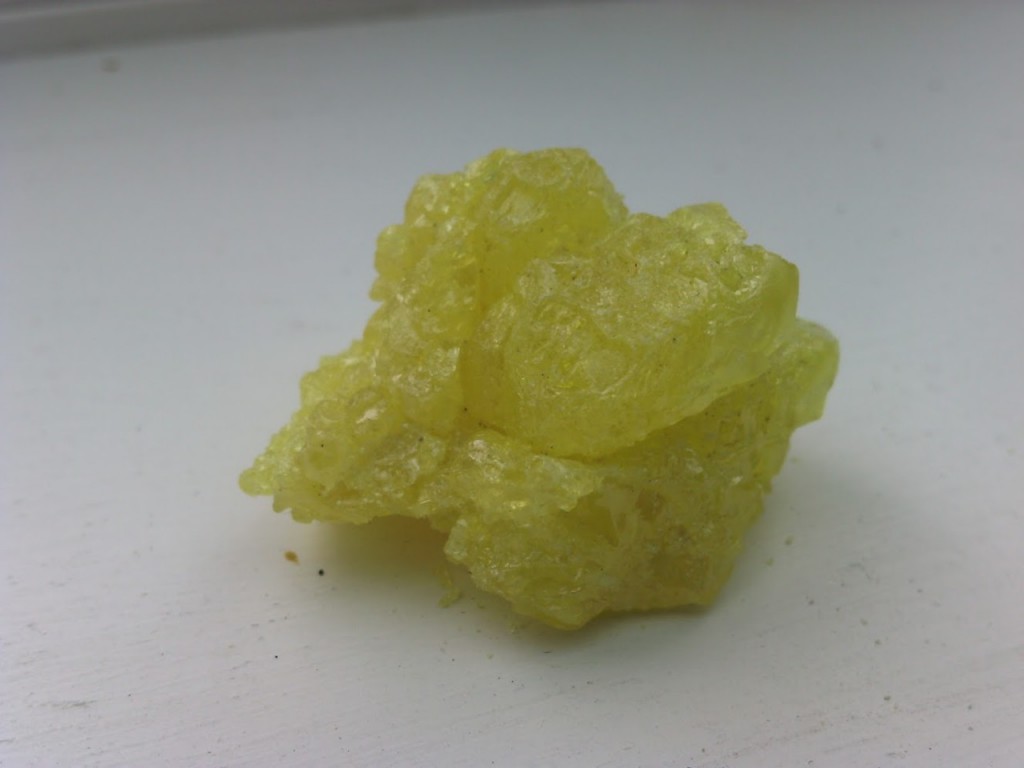 Last week’s curiosity was King Alfred’s cake, a fungus that grows on dead trees. According to legend, King Alfred the Great was hiding out in a countryside cottage during a war. He was told to remove the cakes from the oven, but fell asleep and burned them instead. The fungus is said to resemble a burned cake.

This week, can you identify this old piece of scientific equipment? There’s a clue in the title of this post. 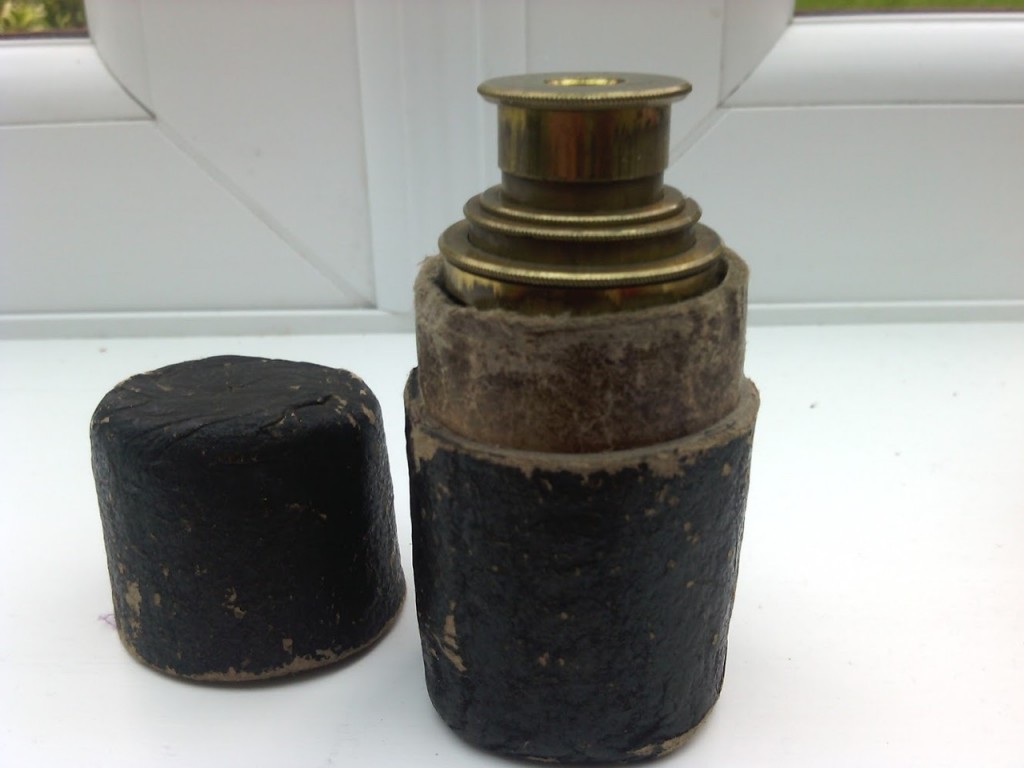 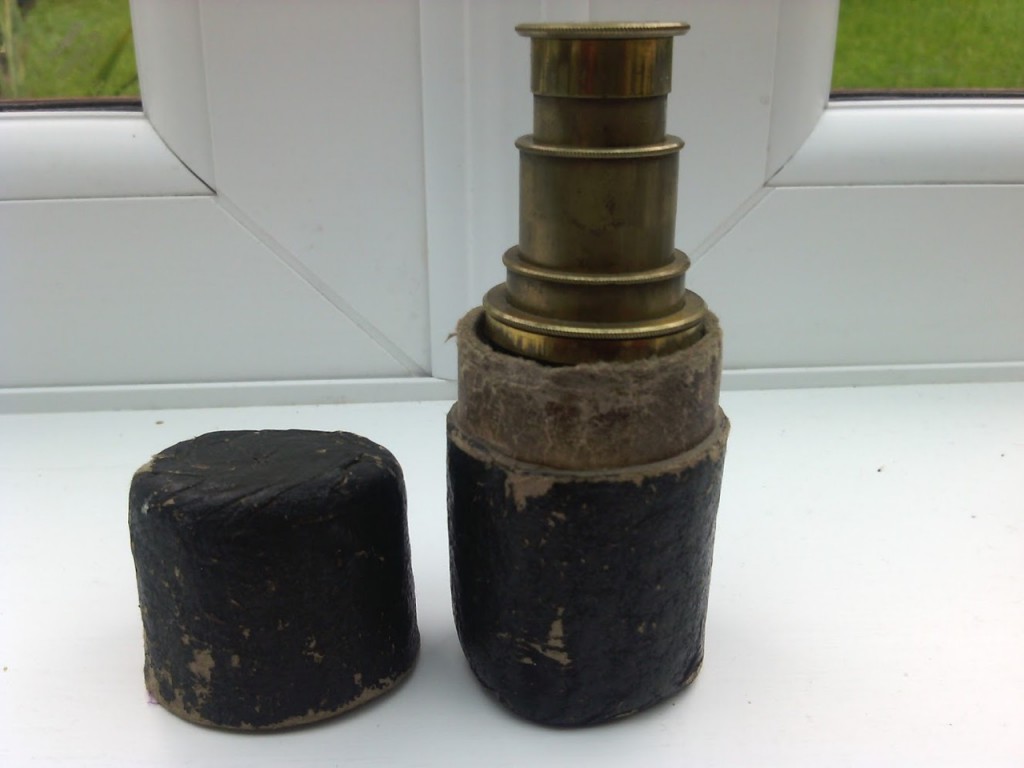 What is this curious item I found in the woods?

The two shapes in the sand in last week’s curiosity box were made by the lug worm which makes a U shaped burrow in the sand. It feeds on the tiny animals that live on sand grains. It eats sand and this makes the hollow. When it has eaten the living things in the sand it releases the sand from its body as the coil you see close by.

This week, do you know the name of this living thing on a dead piece of wood? 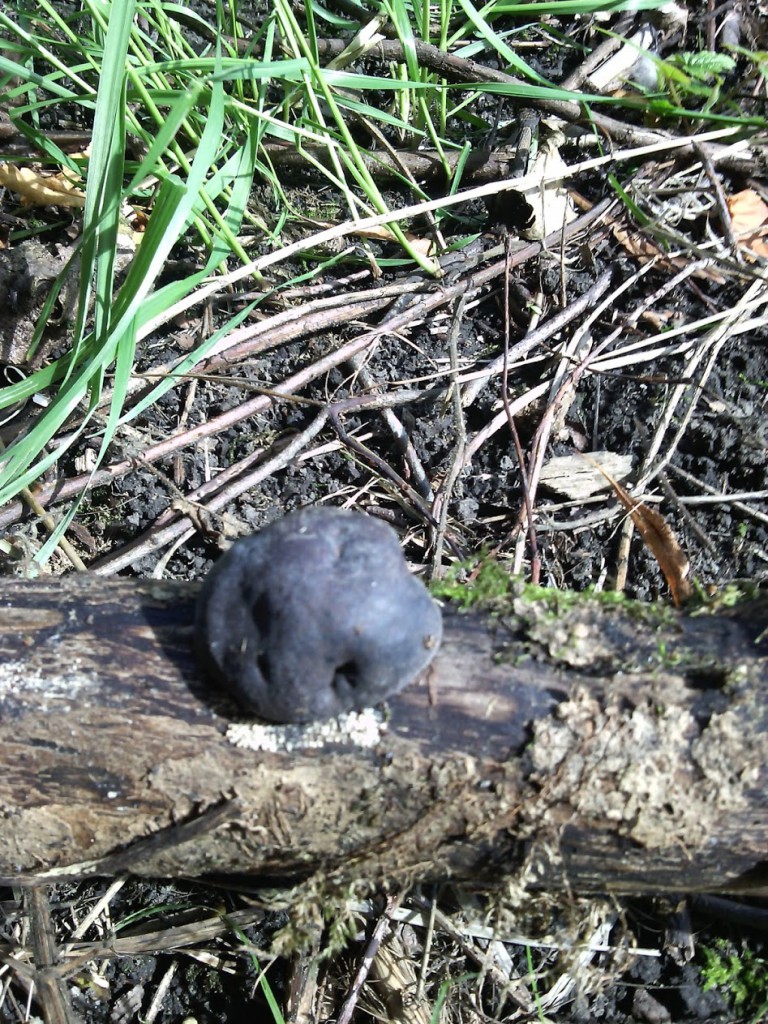 What is this curiosity living on some dead wood?

What creature made these?

For this week’s curiosity: I found lots of pairs of these on the beach. What made them? 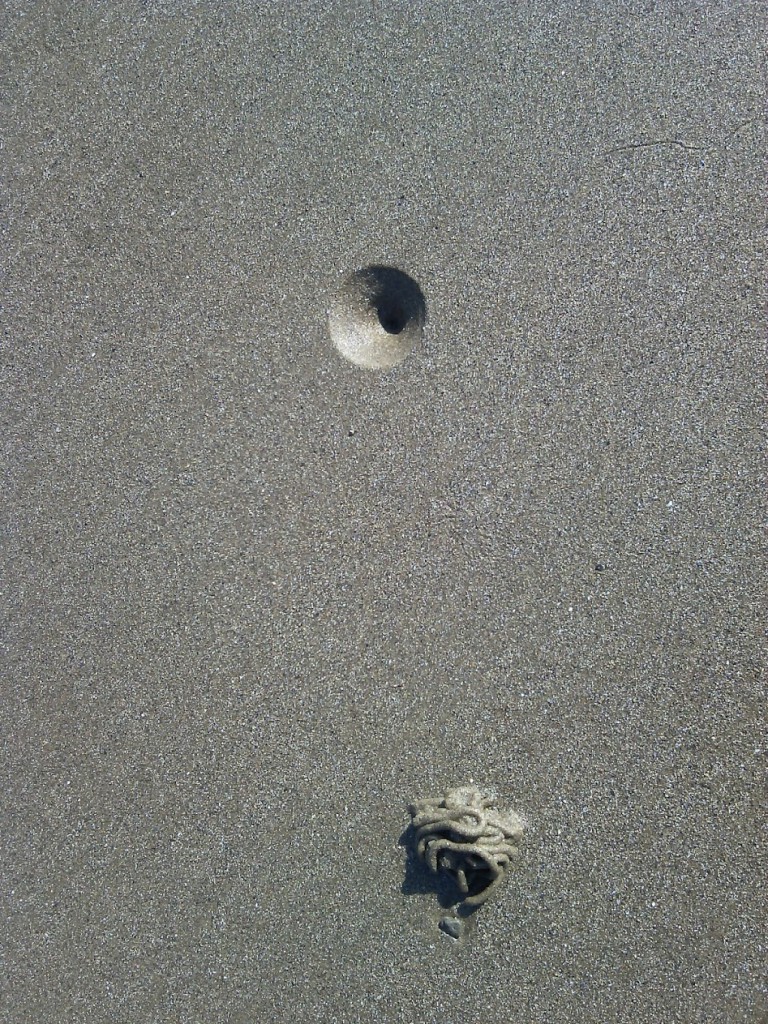 Do you know what animal these shells came from?

Last week’s curiosity was an arch made from the jawbone of a whale. You can find out more about Whitby’s whalebone arch here.

On my recent trip to the seaside I found these two shells washed up on a beach. What animal did they come from? 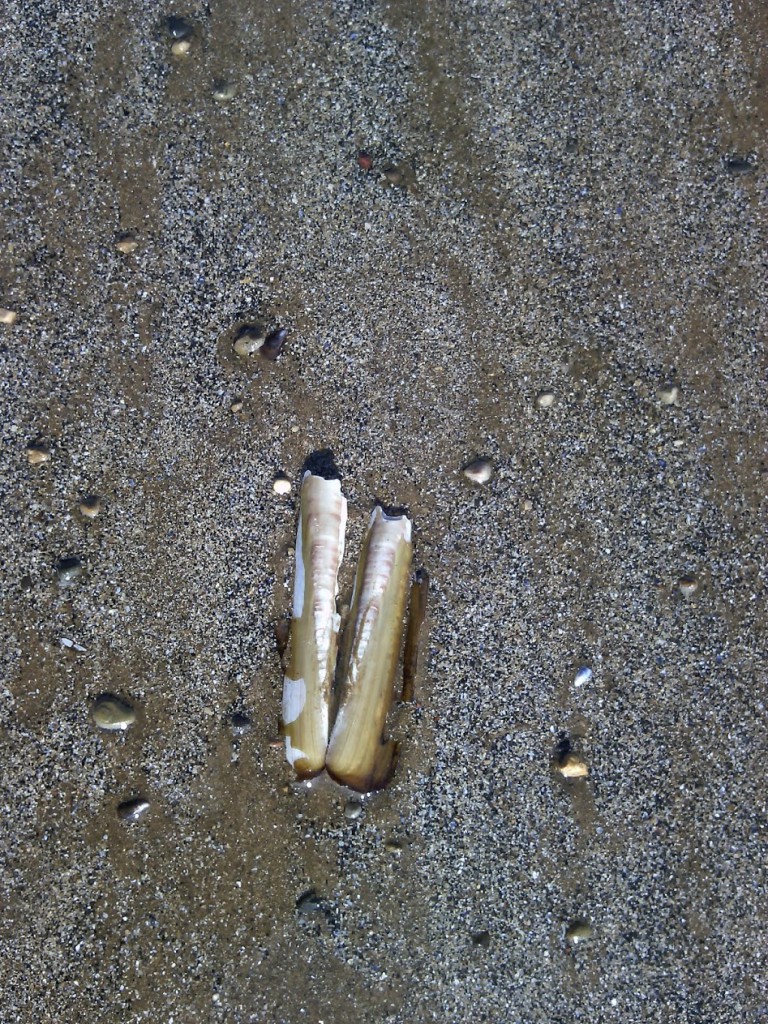 Last week’s curiosity was a jellyfish. Jellyfish have existed for at least 500 million years, making them the oldest multi-organ animal. They vary widely in size, some being as small as 1mm high or as big as 2 metres! 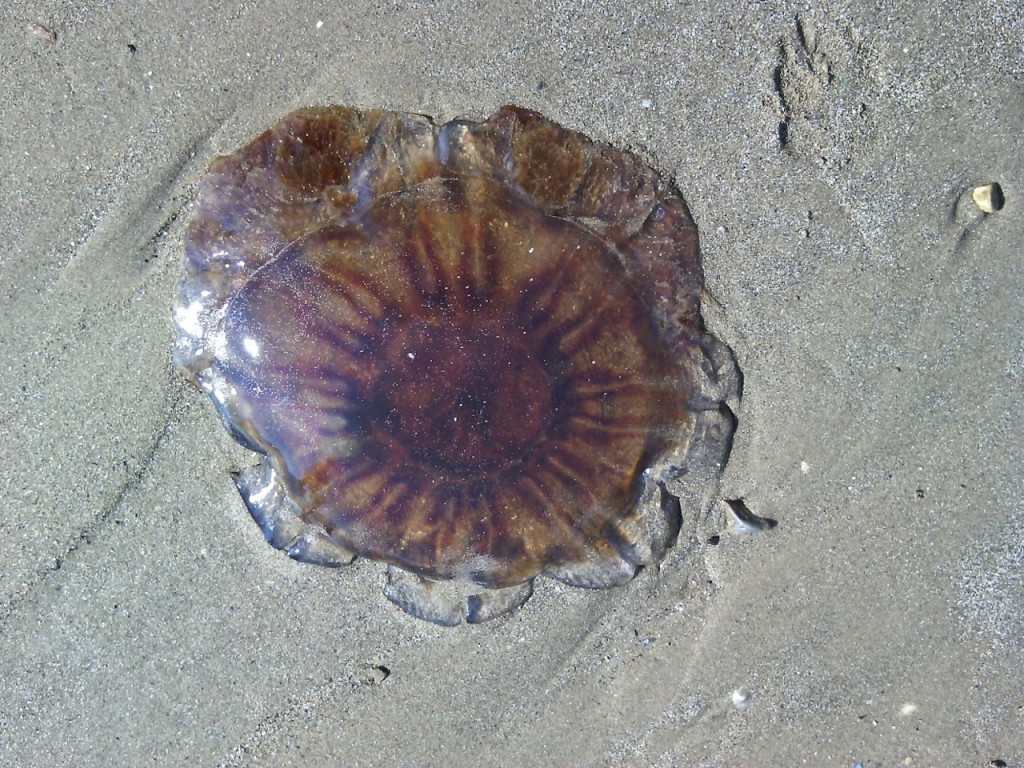 Now here’s this week’s curiosity – On my visit to Whitby I came across this jaw dropping curiosity. What could it be? Look at the size of the bones and pick up on the clue I’ve given you in the title before you guess. 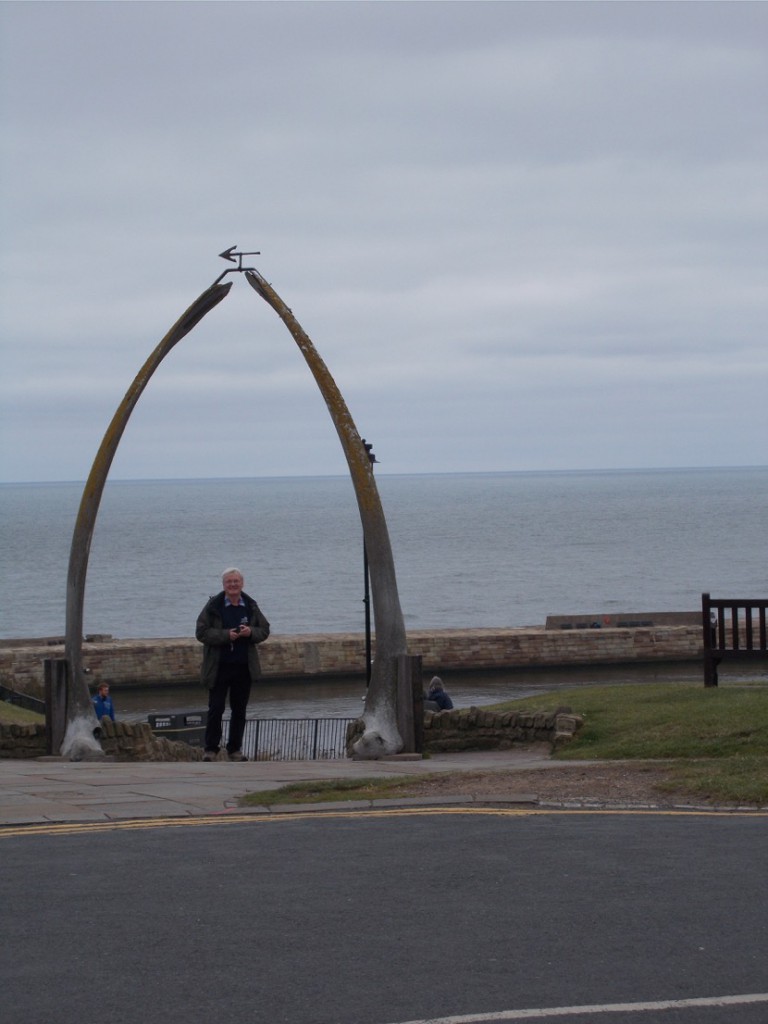 What’s this curiosity I found at the seaside?

Last week’s curiosity was heather, which comes into flower on the Moors of Northern England in the
Autumn (fall). It’s a food source for deer, sheep and grouse which like to feed on the young shoots.

In the middle-ages heather, along with malt, was used in the brewing of beer until it was later replaced by the use of hops. 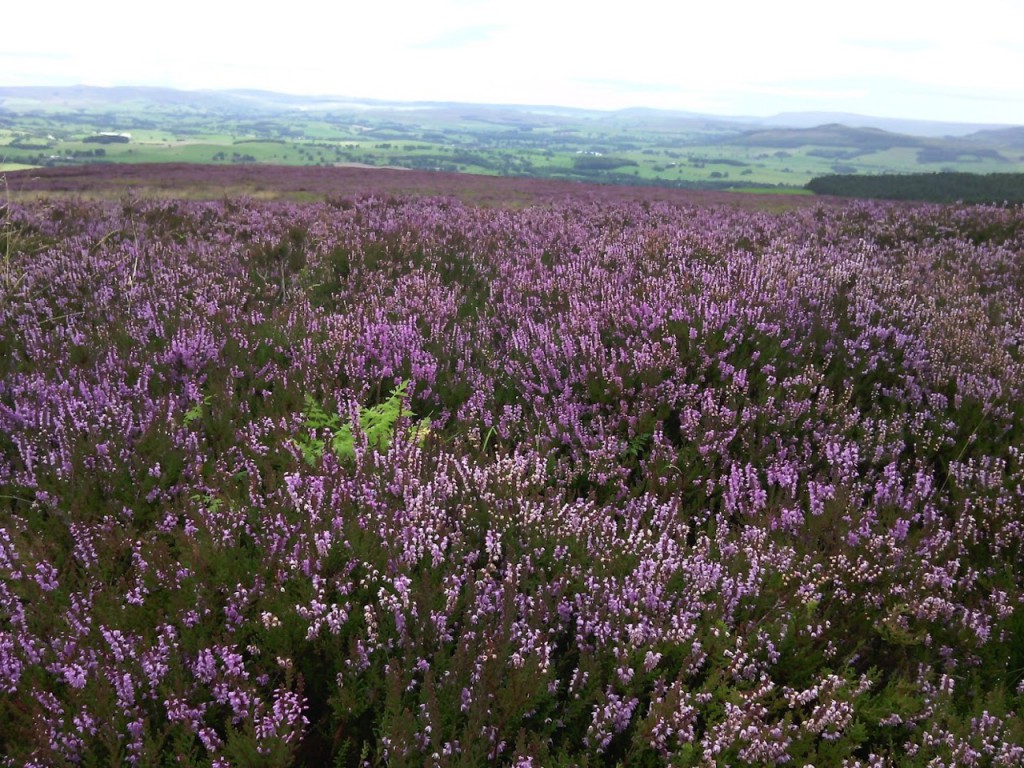 For the next few weeks my curiosities will come from a trip to the seaside. Can you identify this wobbly creature I saw? 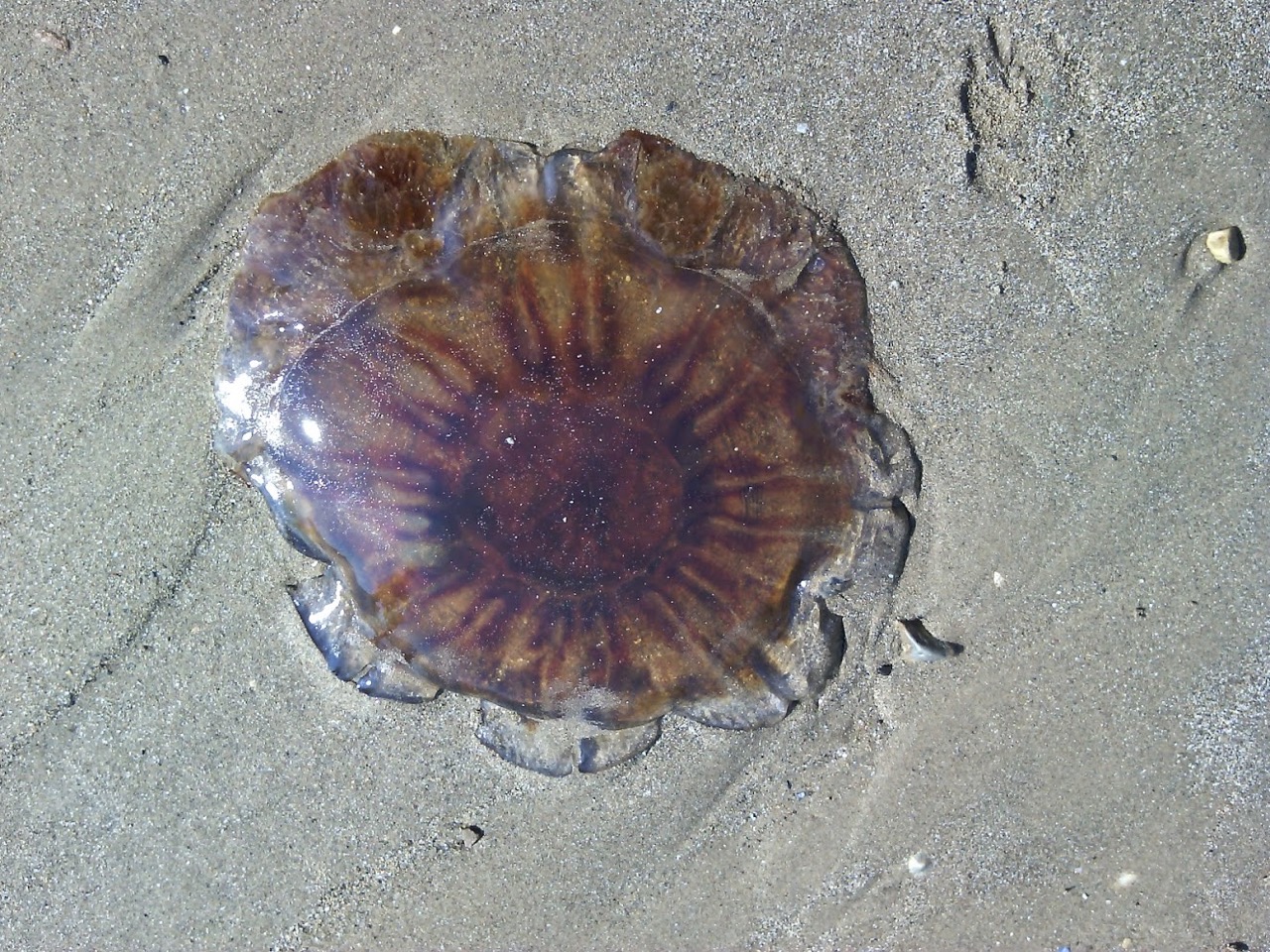