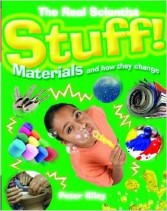 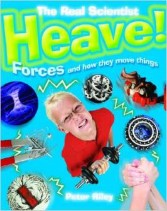 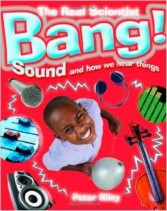 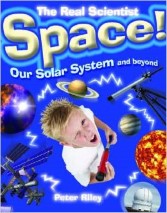 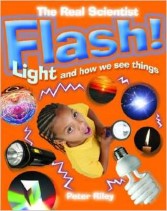 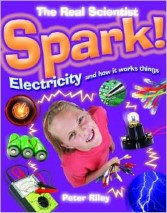 I devised these books for children to collect everyday objects in a science box then to use them to make scientific discoveries and to follow the scientific method of observing, fair testing, recording (with suggestions on when to photograph and film) and concluding. Using these books they could set up an impressive laboratory at home or school which would support their school and exam work.

Stuff – Materials and how they change

Activities include – dissolving a sugar mountain to form caves and gorges, making the slimiest slime and the gooiest go, changing milk into plastic and much more.

Heave – Forces and how they move things

Activities include – creating a tug of war between gravity and magnetism, Finding if your trainer is the greatest gripper. Constructing your own submarine , and much more.

Bang – Sound and how we hear things

Activities include – speaking through string, finding out why sounds get loud, making and playing you own musical instrument, and much more.

Space – Our Solar System and beyond

Activities include – crashing asteroids to make craters, building and launching a rocket balloon, trying the alien life test, and much more.

Flash – Light and how we see things

Activities include – making a simple camera, seeing over the tallest wall, investigating how the eye works and much more.

Spark – Electricity and how it works

Activities include – testing objects for electrical charge, making a motor, using electrical circuits to design a security system, a robot head and much more.

Resources and downloads for The Real Scientist series

Join my newsletter to be kept informed about resources and downloads for this series.