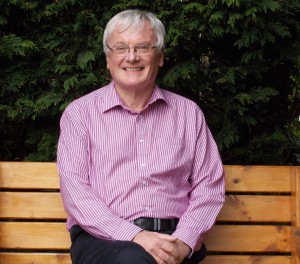 I live in Lancashire in the north of England and am an international best-selling and award winning author of science books for children and teachers. I’ve been writing books for over thirty years.

I was born in Lancashire in 1947 and spent my childhood weekends at the family caravan in the Yorkshire Dales where my interest in plants and animals began.

My interest in science developed in the early years of secondary school and I won the second year science prize! I still have the book that I won on my shelves. Its called Nature –Earth Plants and Animals in the Macdonald Illustrated library Series.

When young, I spent most of my free time out in the Pennine countryside and inspired by C.F. Tunnicliffes’ book Mereside Chronicles and began keeping a nature diary. Even in my later teens when I was a drummer in local rock band in the mid 1960’s I still managed to get out on the hills and reservoirs and record the changing seasons.

I followed my interest in natural history by studying zoology at the University of Hull. My final year in 1970 was European Conservation Year and I decided I would like to mark the event in my home town of Colne. I was given permission to put on a museum display in the largest room they had available and over the weeks I filled it with photographs, specimens and explanatory texts. It was visited by all the schools in the town.

After taking my degree I decided on teaching instead of research and went St John’s College York to take my Post Graduate Certificate of Education.

I began my teaching career as a biology teacher at Driffield School, a 1500-student comprehensive school in East Yorkshire. The school opened a brand new science block as I arrived and one of my first non-teaching tasks was to stock the biology laboratories with equipment and specimens from educational suppliers. My first writing task, within a week of taking up my post, was to write a workbook for 200 11 year olds for their visit to the large local zoo. Following my museum display work in Colne the year earlier I began constructing displays on the walls of the biology laboratories.

The new science block had a lecture theatre and a video machine that was the size of a suitcase. We used it with newly emerging science videos to stimulate science investigations.

Driffield School also has its own outdoor pursuits centre in the North Yorkshire Moors were I led sixth form field trips into the countryside and along the coast. I also took part in lower school environmental studies.

All these opportunities to develop my passion for science were encouraged by the then Head of Science, Ken Walker, and I would like to thank him here.

Three years later I moved to Accrington Grammar School for Boys as second in the biology department but after a year the school was merged with the local High School for Girls to become a 1200 student comprehensive school. I became head of biology and my first task was to source materials for the wider range of ability of the incoming students. I was naturally drawn to writing my own materials and I shared them with colleagues in the department.

One day as I was stapling up my latest batch of worksheets in the staff room a publisher’s representative set up his stall for a lunchtime display. One of my colleagues suggested I show him my worksheets. The representative, Harry Hewitt, was very encouraging saying that his managing director was always interested to see what teachers were producing so I sent off my material.

A week later a box arrived and when I opened it my material was sat on a pile of textbooks. The managing director, Leonard Marsh, was interested in my material but he said it read like a teacher talking to a class. He had sent me copies of some of the science books he published and suggested that I read through them and try to find a style of my own. If I did, he suggested that I begin a biology book and send him a chapter. I did, he liked it and asked me to write another chapter. I did and he liked that too. Over the rest of the year I sent in a chapter every month and at Christmas he rang me up and offered me a contract! The book, called Life Science, was published in 1981 and was reprinted several times in the 80s.

Our new comprehensive school had a science department of ten laboratories and in the biology laboratories there were sixty microscopes. These had featured in my curriculum planning for the first two years of the school and when I wrote Life Science I wrote a chapter about microscopes. In the way that things happen Merit, a company well known for its chemistry sets, contacted my publishers and asked if they could recommend anyone who knew anything about microscopes. As they were preparing my book with its chapter on microscopes they passed on my name. I was commissioned to devise a microscope set and write a book of experiments to go with it. These involved not just biology based investigations but investigations on materials science too. The set was called Micro World and enjoyed world wide success for many years and was one of the star prizes on a children’s television show of the time – BBC 1’s Crackerjack.

I became Head of Science at the school at the end of the 1970s. There were fifteen full and part time teachers in the department and four laboratory technicians. We were committed to the teaching of the separate sciences of Biology, Chemistry and Physics for all and continued in this approach for many years until circumstances changed and each one of us had then to teach all three sciences.

As Head of Science I devised a liaison programme with the local primary schools. In the summer when the senior students had left to take their examinations I spent time in these schools teaching and preparing the children to come up to the laboratories in the last weeks of term to find out more about science. One of the results of this programme was a science fair which was held in our school hall featuring exhibitions and displays by the various schools and local science based industries. It was filmed for use in educational conferences. It also stimulated my interest in writing for primary school children.

After the success of Life Science and Micro World I had started to gather a large number of notes on all aspects of science and searched for an idea to use them. I saw that a publisher, Batsford, had a series called Looking at Science and I approached them with the idea of a book about microscopes. They agreed and I wrote my first library book called Looking at Microscopes.

Again in the way that these things happen I was completing my microscope book when Batsford was taken over by a publishing company called the Dryad press. They were keen to do a series of books covering the whole range of science and as my microscope book was already partly doing that they asked me to develop and write a complete science series for upper juniors lower secondary pupils. This became Signposts to Science and was a runner up in the Times Educational Supplement Senior Information Book of the year in 1986.

In 1988 I was asked to write a series of primary science books for the new national curriculum and they were published in 1989 and 90 as The Science Collection.

In 1996 I became a full-time writer in addition to which I have made about a hundred short video films for Curriculum Visions, written magazine articles and have run workshops for Scholastic. In 2014 I constructed this web site to take science learning across the globe.

Today I continue to write but also visit my grandchildren’s schools as a Friend of the School to help in the classroom or present science shows using everyday items. The urge to teach or as the journalist said when I won the TES School Book Award for Science “my passion to explain” remains undiminished. 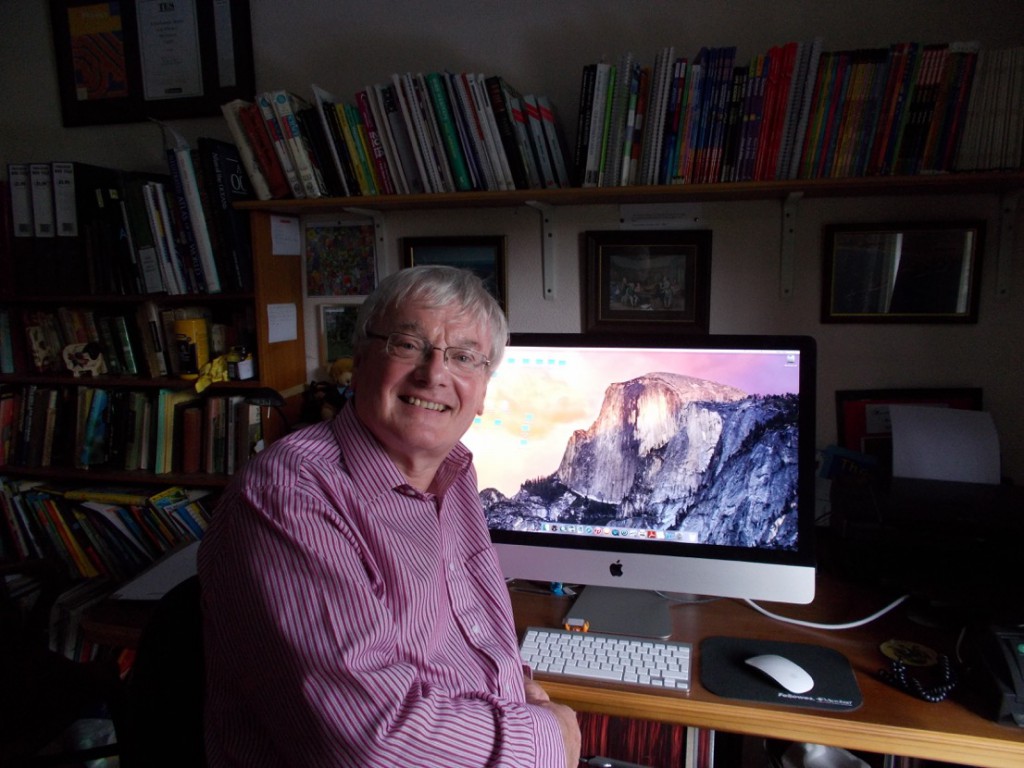