More nature photos from my friend in Perth, Australia

As we in England hunker down for the winter my friend Peter in Perth is looking forward to the summer. Here are some pictures of the plants and animals around his home at this time of year together with his natural history notes. 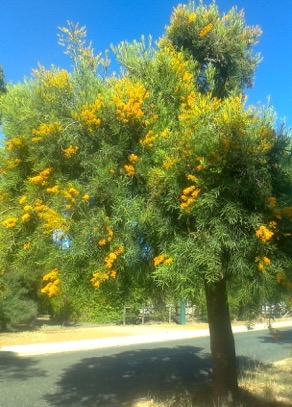 White Tailed Black or Carnaby’s Cockatoo. female (Calyptorhynchus latirostris) Native only to Western Australia. Now becoming quite rare, numbers decreasing by 50% in last 40 years. Can live up to 40 or 50 years and are often monogamous; maintaining a strong bond with a partner for this period. (our front garden – Maida Vale W.A.) 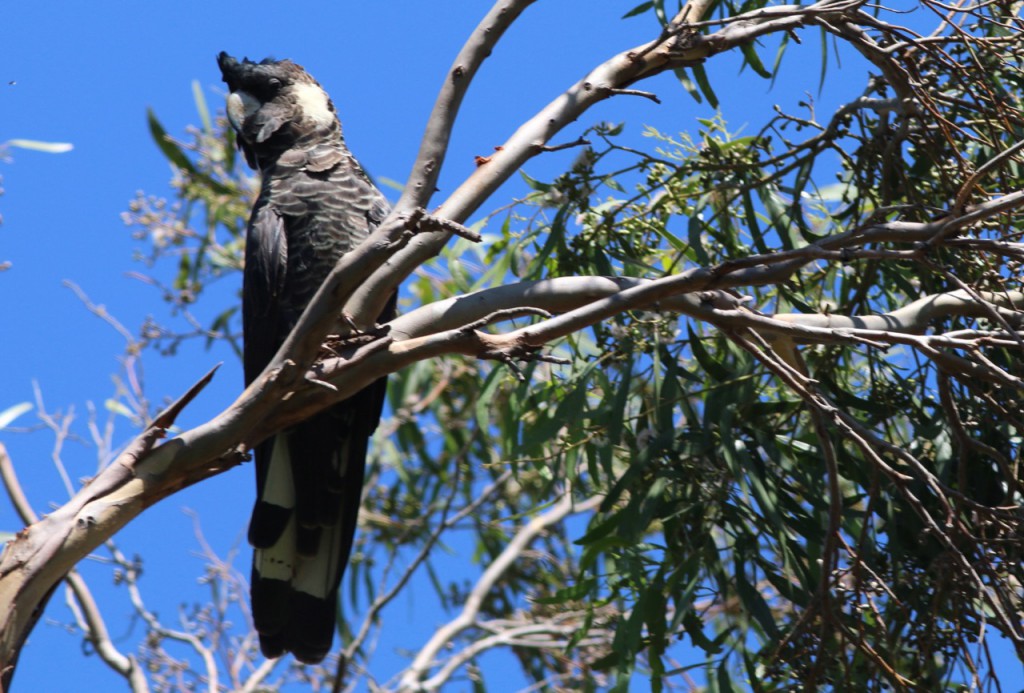 Red Tailed Black Cockatoo. female (Calyptorhynchus banksia) Uncommon to rare, although appears to be making a come-back. Five subspecies throughout Australia. this being the Forest Red Tailed. (our front garden – Maida Vale W.A.) 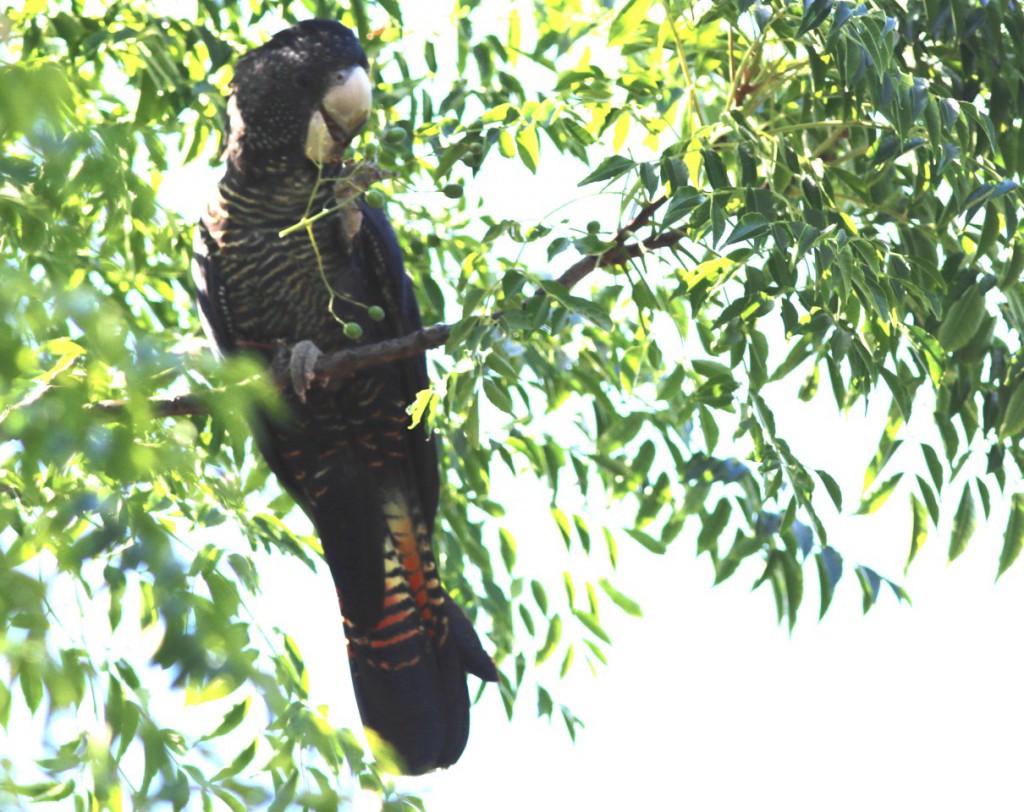 Paper Wasp (Polistes humilis) and nest, constructed from masticated cellulose mixed with saliva. A friend to gardeners as they are predatory and attack many other insects, however they will also attack humans if nest is approached. Attacking in numbers and stinging repeatedly. 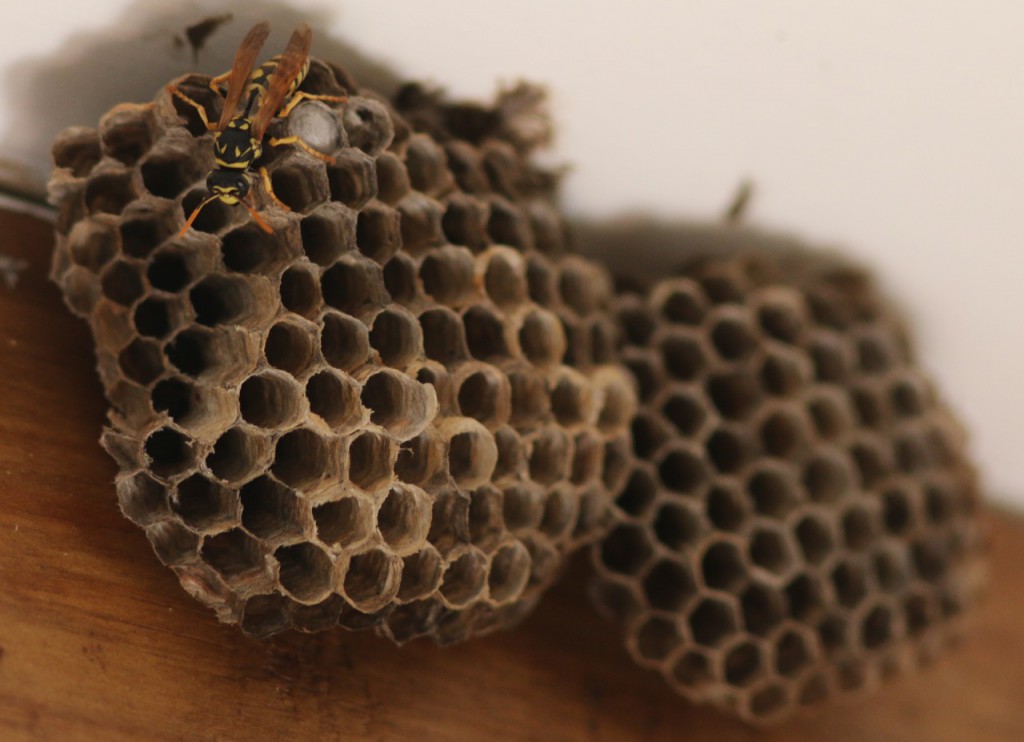 White Crab Spider.(Thomisus spectabilis) One of few spiders not to construct a web. Sits with large front legs apart awaiting prey, which it grabs. Can vary its colour from white to yellows and creams, dependent on background. Can sit in same location for days or even weeks at a time. Prey in this case appears to be honey bee (apis mellifera) (introduced 1822 from Europe) and the plant is Holly Flame Pea (Chorizema iticifolium). 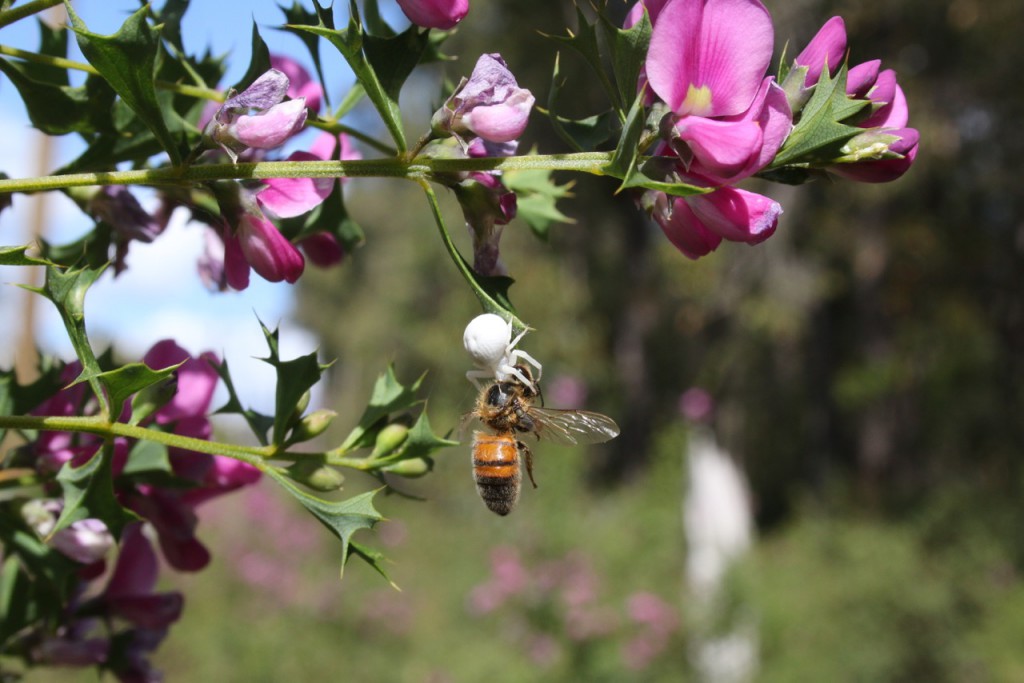 Avon River (A pronounced as apple in Australia – hard A). View from Bells Lookout. 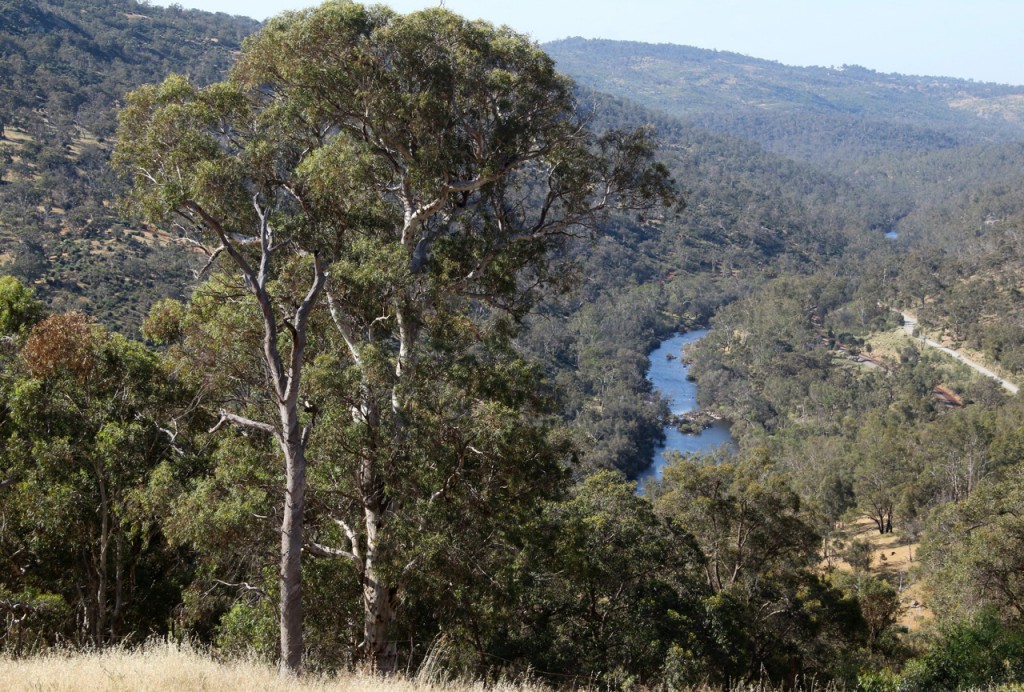 Perth city skyline from the Darling Range escarpment out across the Eastern Suburbs and the Airport (note the Control Tower). 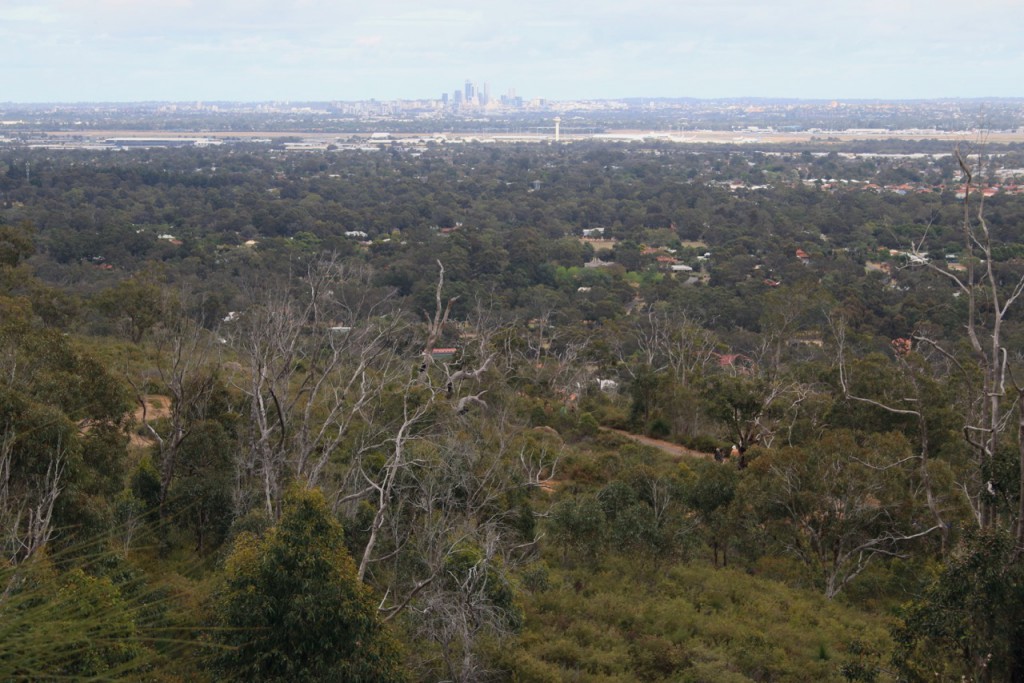 One-sided Bottlebrush (Calothamnus quadrifidus). A member of the Myrtle family and endemic to South Western corner of WA. First formerly named by Robert Brown in 1812 at Lucky Bay near Esperance on the south coast, during Matthew Flinders’ Investigator Expedition. 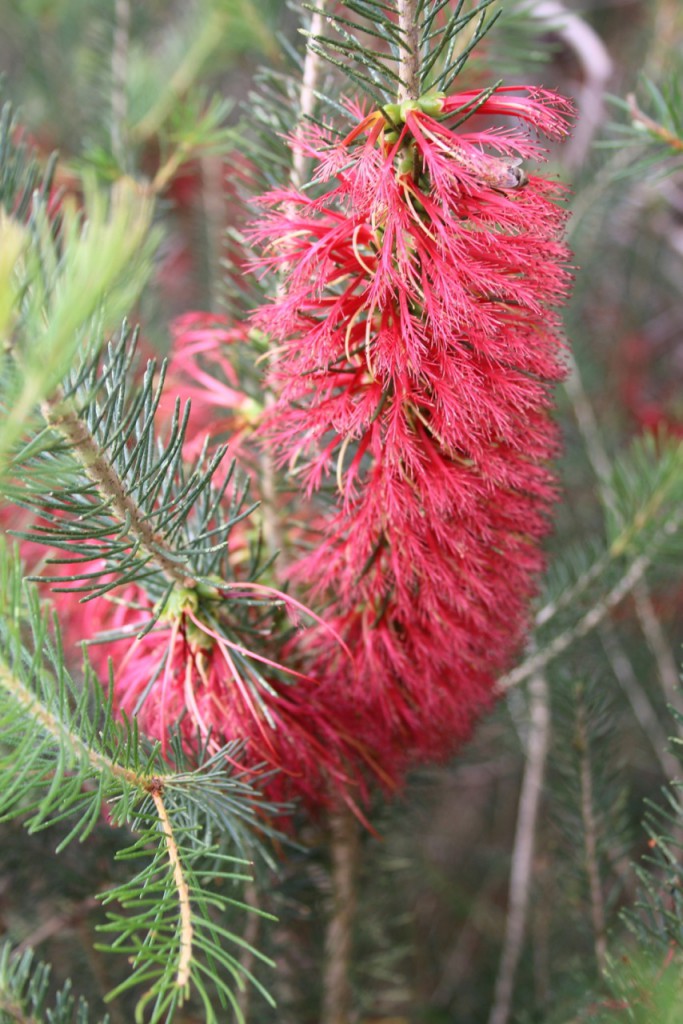