A visit to Oxford

As part of my research for a new series of books to be published in 2016 I visited Oxford.

A very brief look at Oxford

At the top of my visit list was the Ashmolean Library. It is the first university museum in the world. The original building was erected in the seventeenth century to provide a home for the collection of objects from around the world made by Elias Ashmole. Since then the collection has steadily grown and is now housed in the building in the photograph. 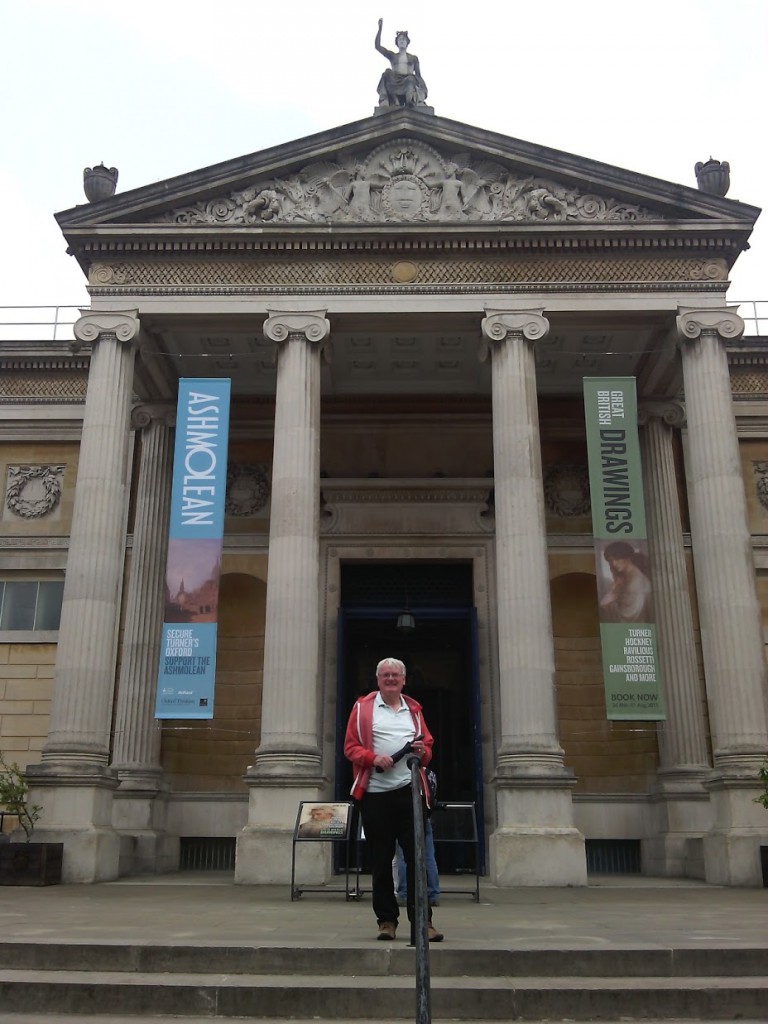 Walking around the very busy Oxford streets I passed the Radcliffe Camera. The word camera comes from the Latin word for room and the building was completed in 1749 to provide room for the Radcliffe Science Library. Today this library has moved to another building in the city. 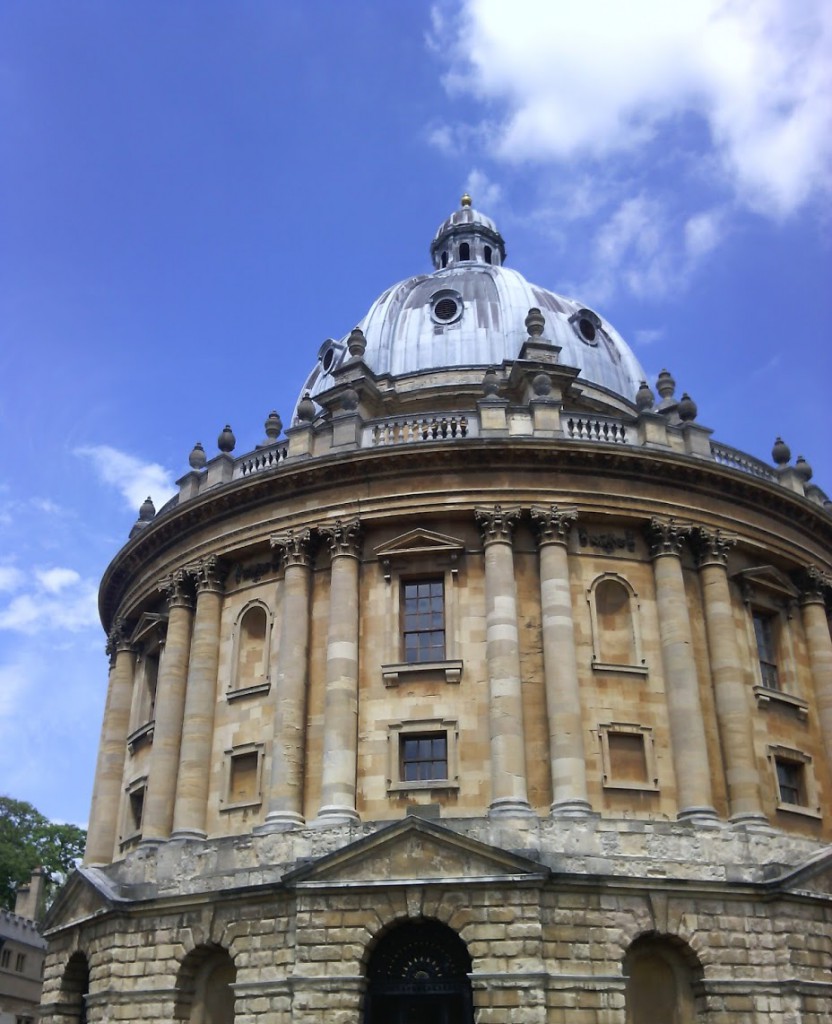 Across the road from the Radcliffe Camera is All Souls College which was founded in 1438. It is one of the thirty eight colleges which form the University of Oxford. 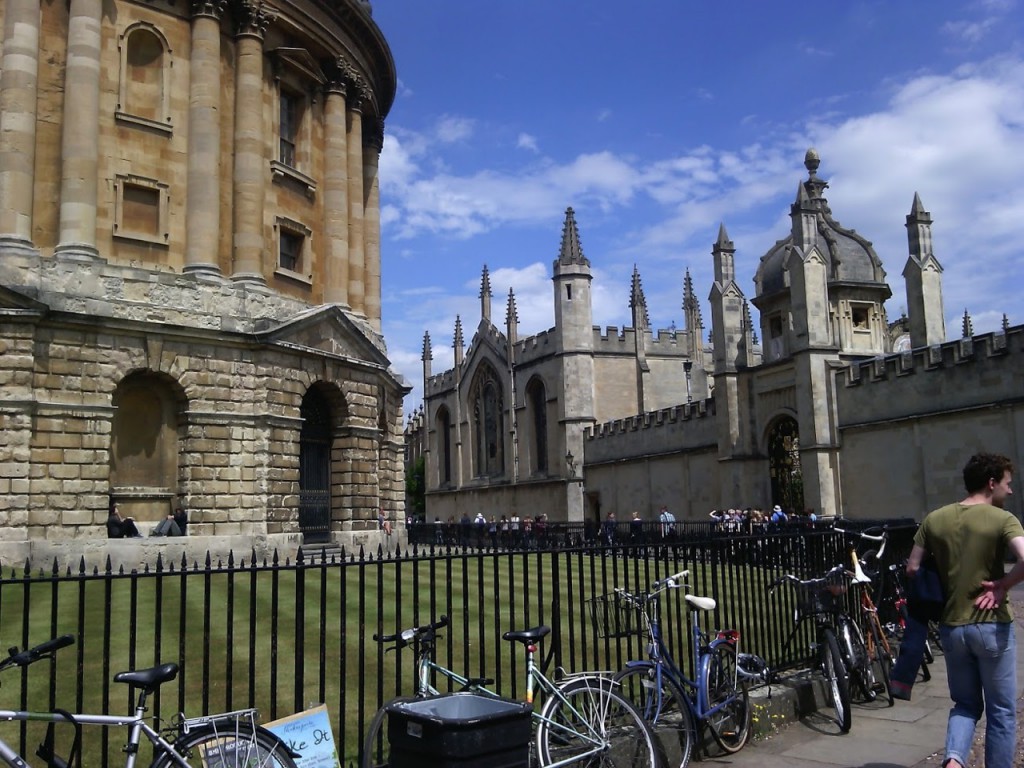 I also visited the Bodleian Library, one of the oldest libraries in Europe. In the early seventeenth century lecture rooms were build around a courtyard for the various teaching schools at the university. Above the doorway to each room was the name of the school. Here is the one for the school of natural philosophy. 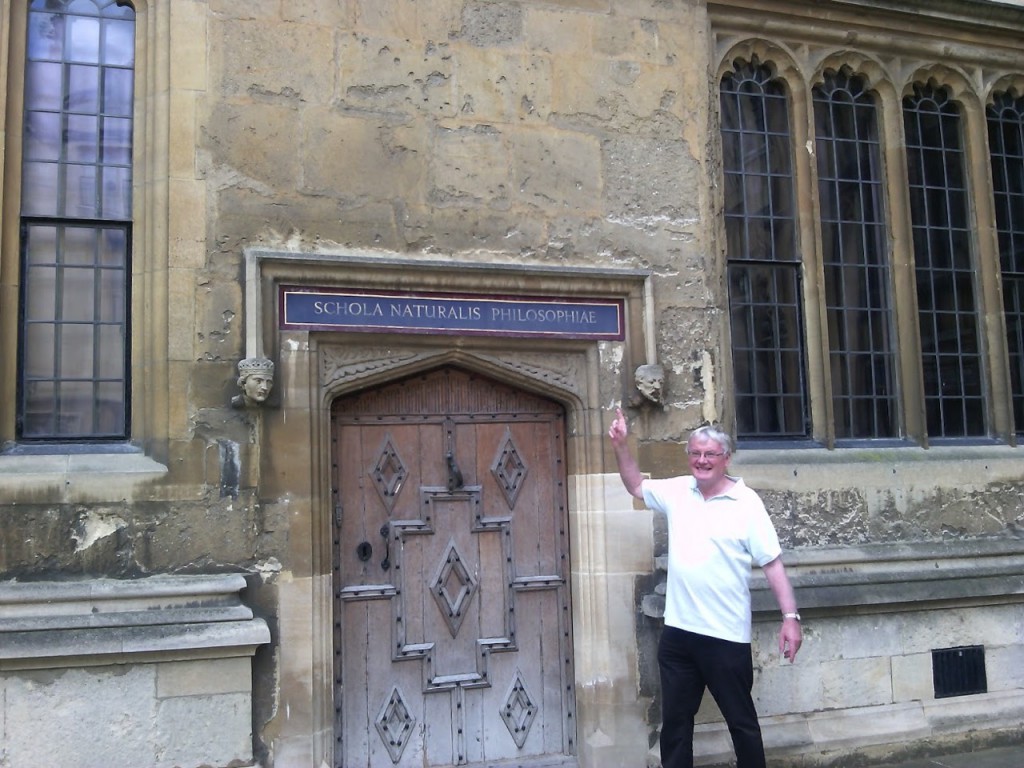 The Latin name for the school of natural philosophy

From Natural Philosopher to Scientist

Natural history is a subject we are familiar with today and involves the observation and description of the plants and animals. Natural philosophy takes these observations of the natural world plus others such as observations in astronomy, chemistry and physics and uses them to develop explanations for them through reasoning. This approach to acquiring knowledge began with the Ancient Greeks, developed further by people such as Robert Grosseteste of Lincoln and Isaac Newton  and evolved into many different areas of scientific study. By the nineteenth century it was felt that the term natural philosopher needed replacing with a word to reflect all the different areas of scientific study being undertaken and the term scientist was made up by William Whewell in 1833 and has been used ever since.

In another part of the Bodleian Library buildings is the School of Divinity. It houses the earliest teaching room and examination hall in the University. 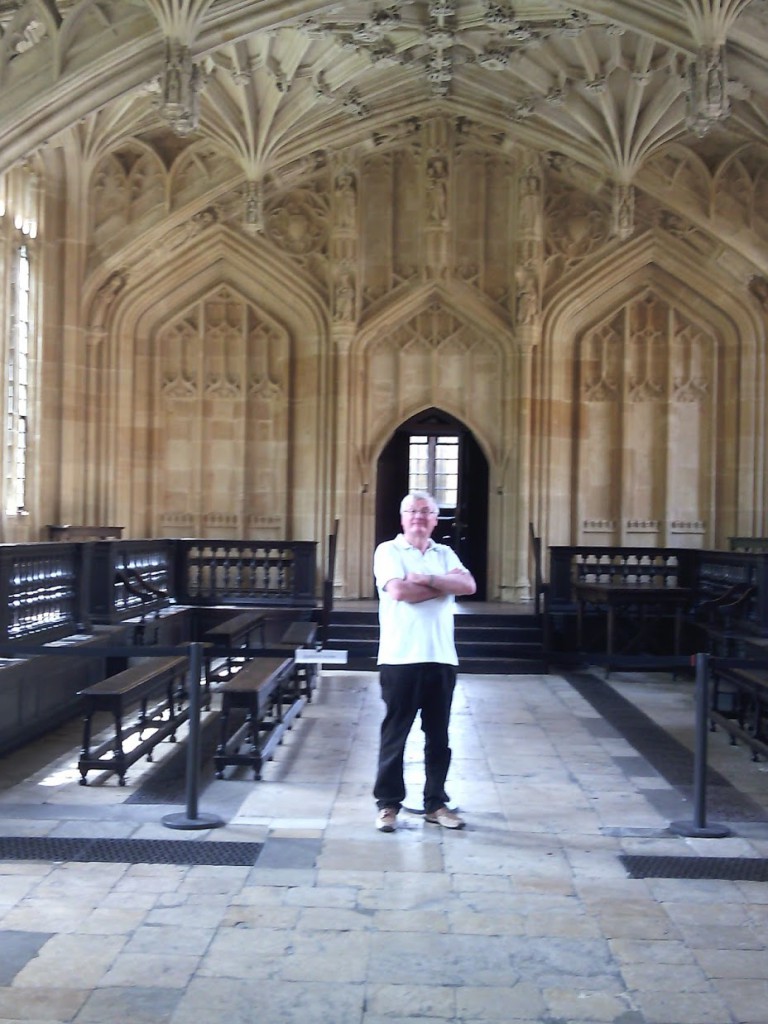 At one side of the room is a pulpit in which a student stands to deliver his thesis. 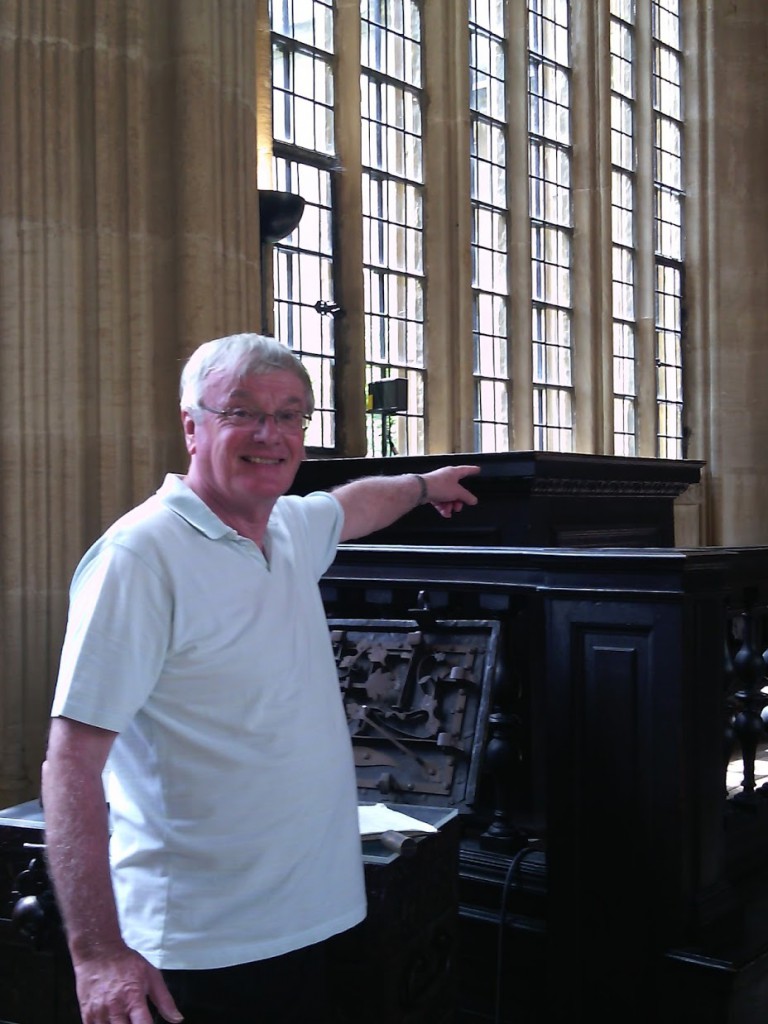 On the opposite side of the room is a pulpit in which the professor stands to hear the students work. 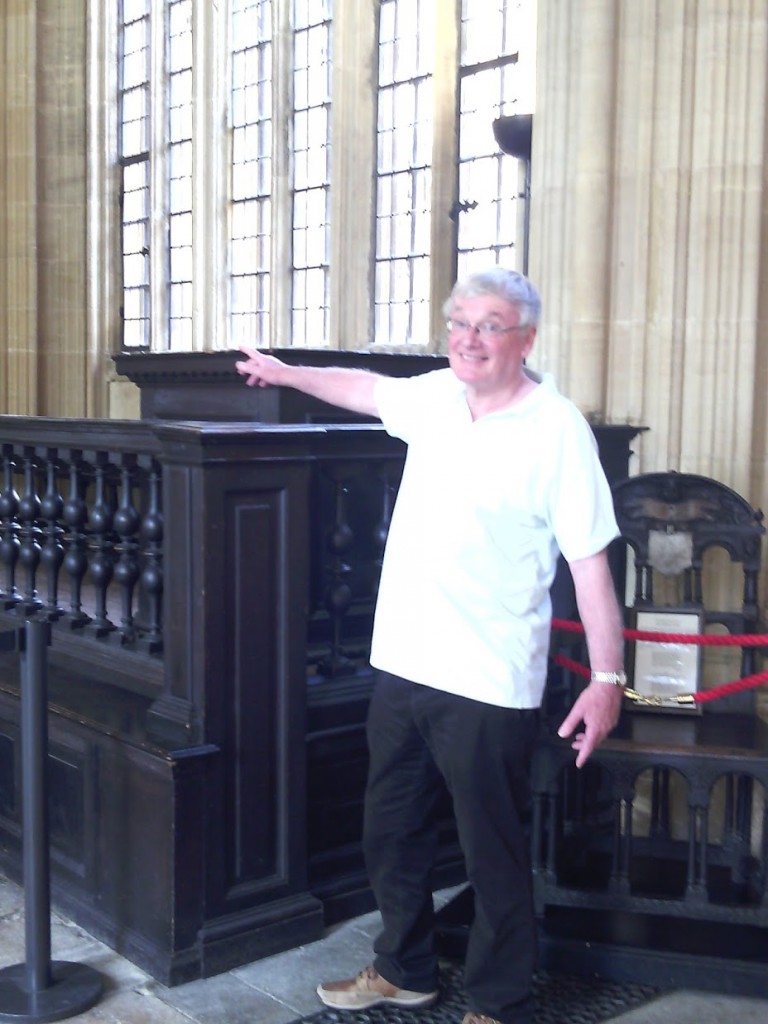 Others may gather below them also to hear the student.

I thought this process of delivering a report on research could be adapted for science in the classroom and used in the plenary session. For example when the children have been set a project of making an enquiry using secondary sources such as “finding out about bees” the report could be given by the student coming out to the front of the class standing to one side while the teacher standing at the other side listens to the report (It could be made more comfortable by both student and teacher sitting). It creates a more formal setting for delivering information than just reading out from tables around the classroom and perhaps helps develop greater confidence in public speaking.